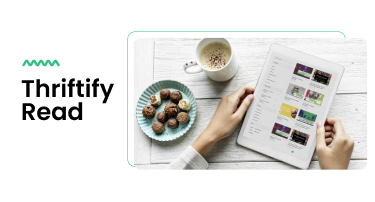 What is Sustainable Fashion?

Sustainable fashion is all about changing how people think about fashion, and more importantly changing the fashion industry itself.

Climate scientists have been warning us for years that we're heading for extinction if we don't stop global warming. Many things contribute to global warming; burning fossil fuels, eating meat and agriculture, deforestation etc. Sometimes it's hard to connect with climate change as a problem, it seems too big or too scientific, but the sad reality is that unless we drastically change course our sea levels will continue to rise causing coastal areas to disappear, our food crops will fail, wildlife will become extinct and hundreds of millions of people will be forced to migrate - not only in far off places but in Southern Spain and Italy the temperatures could become too high in summer for older and vulnerable people to live there. Not to mention the increasing flooding across the UK and Ireland that is devastating communities, and seemingly becoming an annual event instead of a once in a generation occurrence. Getting our heads around the scale of the problem is hard.

It helps to break any big challenge in to bite size chunks, which is exactly what sustainable fashion is about. We highlight the fact that the fast fashion industry accounts for a whopping 10% of all C02 emission. More than every form of transport combined! Why? Well, since the 1980's two big changes have happened in the world of fashion:

So with more consumption and with the change in materials, fashion has become one of the worst industries in the world in terms of emission. Not to mention the other terrible effects of the industry including mass water consumption that is causing water shortages in some communities, the pollution of waterways from dumping of chemicals & dies in to water ways, as well as the very scary microplastics issue; new clothes emit many more plastic micro-fibres in to our waterways and oceans than used clothes - up to 250,000 individual micro-fibres per wash! Up to 30% of all microplastics in our seas are from clothes - making its way in to fish, ecosystems and ultimately back in to us, with unforeseen health and environmental issues on the horizon. It's thought that we are consuming four grams of microplastics per week, that's one credit card, imaging eating 52 credit cards in a year!

Without a doubt, fast fashion needs to transform completely. The problem is so big that we can't wait for slow incremental change, we need a completely new outlook on how we think about fashion, and more importantly, how we consume fashion.

Secondhand September is a campaign started by Oxfam to highlight the problem, but more importantly, to champion the solution! The idea is to only buy second-hand clothes for the whole month of September, or try go one better and also only wear secondhand in September (undies aside, please)! It's a simple yet powerful idea - just stop buying new clothes. It's similar to oil, the best thing to do is leave it in the ground, let's also leave fast fashion in the shops.

But it's very important to make the distinction between fast fashion and charity shop fashion. By all means, head into your local charity shop and spend as much as you want on clothes! Why is it different? Well let's consider the demographics, typically the main spenders in charity shops are people on lower income budgets or those who have made a conscious decision to support charity shops for sustainable or ethical reasons. But everybody donates to charity shops. Crucially, the number of people buying from charity shops is growing. What this means is that more people are moving away from fast fashion. You spending as much as you want in a charity shop means you're supporting them to open more shops, to campaign for more sustainability and to do more of their great social work.

However, we also have to consider the recycling and waste aspect. No matter what, don't put clothes in the bin. The top option should be to share, swap, re-use or repurpose your existing wardrobe. The more you buy from charity shops the less that will end up being sent to recycling or sold in bulk by them - another positive outcome. But this only works if you don't then dump your clothes. By all means, give them back to the charity shop to be re-sold, but we have to reduce the amount of clothing going to landfill.

Many thousands of people are now doing this every month of every year! Resulting in massive growth in the secondhand clothing market in Europe and the US. People will soon spend more money on used clothes than on all luxury fashion. Phenomenal.

It's appears counter-intuitive to be promoting spending more. But this is the amazing thing about a circular economy - instead of create, consume, dump - we can stop creating new fashion and consume the fashion that's already in existence. If all clothing manufacturing stopped tomorrow there would be enough clothes for the next six generations. So the mindset we need to work towards is that clothing lasts forever, or until it falls apart, and everybody is wearing something somebody has already owned, or maybe something that a dozen or more people have already owned!

Of course, there will always be a need for some level of new clothing, undies, health and safety and also as an artistic and cultural outlet. And we can achieve sustainable levels of making new garments. For now, let's imagine a world where fast fashion is over and everything we buy is entering it's second, third and even later lives.